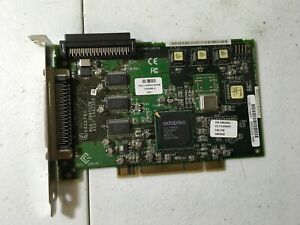 In the computer industry parallel bus interface has become the preference when dealing with interconnection of storage systems. The problem is that it has failed to adapt to the increased demands for data bandwidth along with exhibiting the necessary flexibility when interfacing ATA and SCSI devices. The Adaptec ASC-58300 SAS/SATA Controller along with its corresponding device driver was introduced specifically to address the architectural limitations that were imposed on its counterpart. The SAS (Serial Attached SCSI) allows for the transmission of signals along a serial stream which limits the crosstalk experienced in the wider parallel ribbon technology. The ability to move data within a single stream remain one of the best advantages presented by this technology coupled with an enhanced data transmission speed unlike parallel technology which was associated with specific clock speeds that dictated the rate of transfer.

Unless you update your drivers regularly you may face hardware performance issues.